If you received a text about a military draft purporting to be from the U.S. Army, relax. It's a hoax.

One message read, "We tried contacting you through your email several times and have had no response." According to the recipient, the text said they have been "marked eligible" for the draft and were told to go to the nearest Army office "for immediate departure to Iran."

The fake messages turned up around the country this week as the conflict between the U.S. and Iran heated up. After it received several calls and emails about the rogue texts, the U.S. Army released a "fraud alert" identifying the messages as phony and is looking into who sent them out. (The New York Times)

Fact check: The U.S. Army is NOT contacting anyone regarding the draft. If you are receiving texts, phone calls or direct messages about a military draft, they are not official communications from the U.S. Army 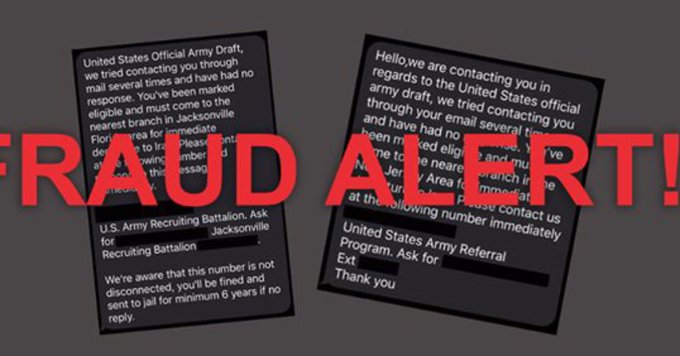 104 people are talking about this