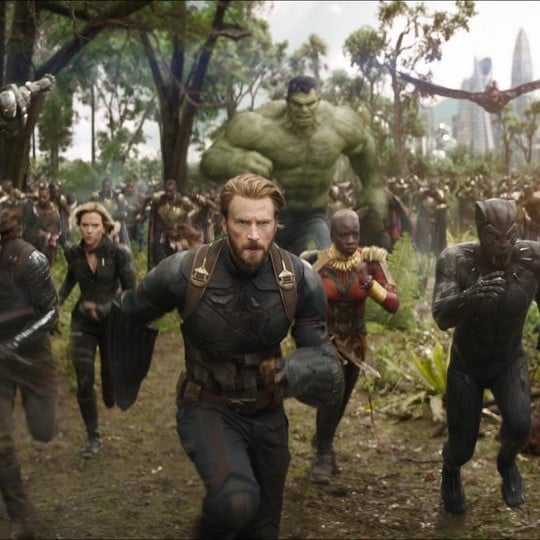 We all must have done something extra special in a past life, because The Avengers: Infinity War is coming out a week earlier than expected in North America! After originally announcing that the latest in Marvel's superhero collection would debut on May 4, the studio has moved the date up to April 27. Since May is typically considered the official start of the Summer blockbuster season, why did they opt to debut the Anthony and Joe Russo-directed film so soon? It might have to do with spoilers.

Had the initial date been kept, it would've meant that Avengers: Infinity War would've been open for a full week overseas before hitting theaters in North America. By moving the date up, that means the superhero tentpole will open the same day around the world, meaning that spoilers will have less of a chance to ruin the movie-going experience.

That's still almost two months away, however, so in the meantime feel free to obsess over all the incredible photos from the movie that have been released so far.