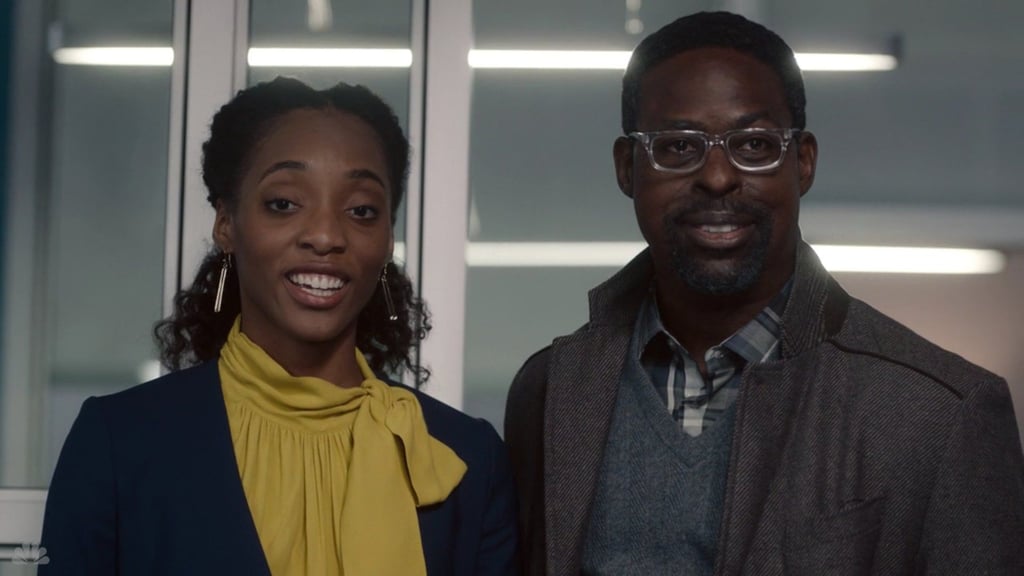 Warning: spoilers and theories from the This Is Us season two finale ahead.

Fans may have just been introduced to the "worst case scenario" game on This Is Us, but after those shocking flash-forwards at the end of the season two finale, we just can't stop playing the game ourselves. Kevin and Randall's list of possible scenarios before Kate's wedding was dark, but it looks like the future of our favorite series may be even more gut-wrenching than even the Pearson brothers could've predicted.

While we're first introduced to an adult Tess (played by Iantha Richardson) and an older Randall during the "Super Bowl Sunday" episode, it isn't until the emotional finale that our brains exploded with questions given their conversation. As the two get ready to leave Tess's office, Randall tells his daughter that "it's time to go see her," to which she responds, "I'm not ready." He says that he's not ready either, while every single viewer immediately started playing the "worst case scenario" game themselves, trying to figure out who "her" is.

Now that the questions surrounding Jack's death have been answered, This Is Us fans have a new mystery to solve. But before we dive into the possibilities of "her," let's take a moment to acknowledge the obvious: those Pearson men surely age well! First a gray-haired Jack had us swooning, and now it's Randall's slightly gray beard and trendy glasses that have us wondering what secret ingredient Rebecca was adding to their orange juice every morning. Read on for our own version of the "worst case scenario" game.

Related:
Fans Have 1 Question After Those Flash-Forwards on This Is Us: What Is Happening?!