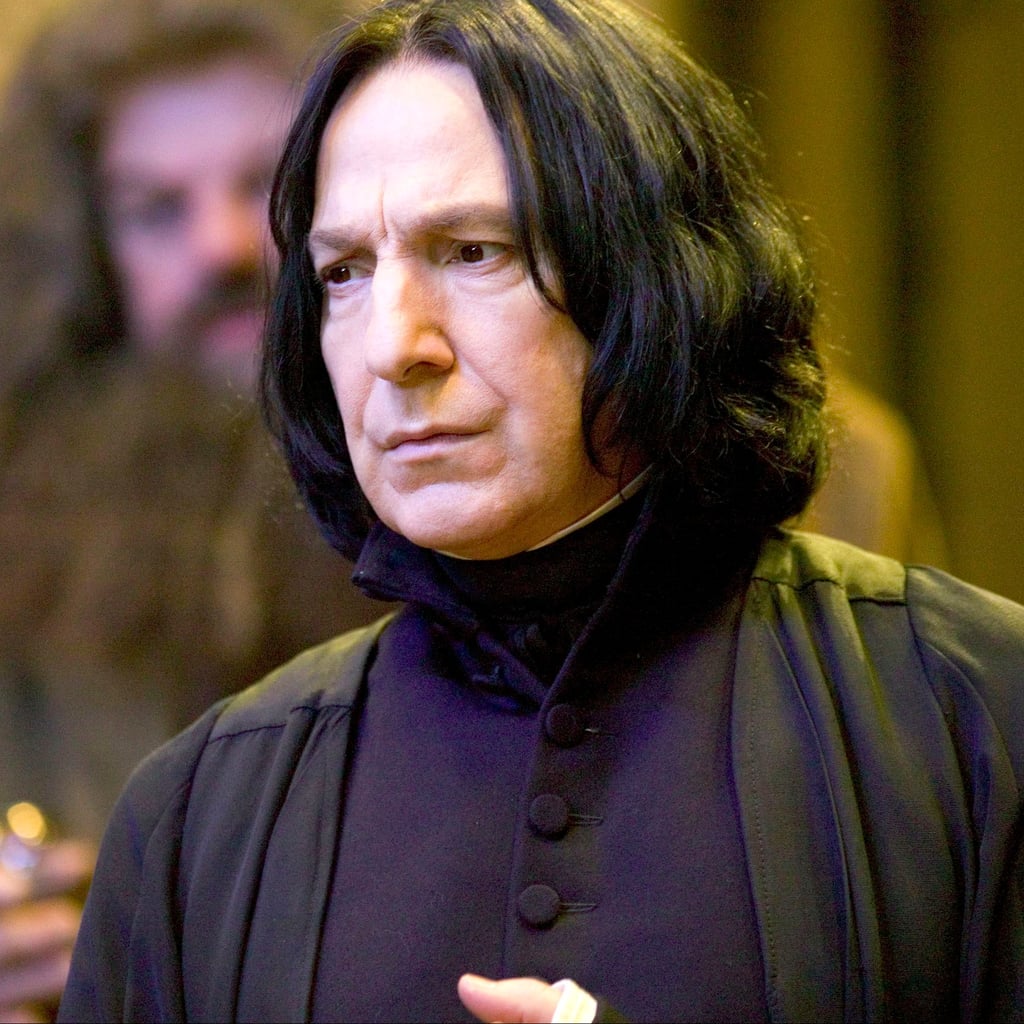 A stunning revelation of a beloved Harry Potter character has come to light, and, honestly, it makes total sense to us. Professor Snape is one of the series' most mysterious characters. All through the series, we watch Snape get the best of our three heroes, and now, a fan theory has surfaced to add more to Professor Snape's tragic storyline.

The question of Snape's Boggart came up in a March 2004 for J.K. Rowling's World Book Day Chat via The Leaky Cauldron. (Just as a refresher, a Boggart is a magical creature that transforms into someone's greatest fear. No one knows the true form of a Boggart, as it shape shifts to terrify whomever is in front of them.) In the Q&A, a fan asked Rowling about the form Snape's Boggart takes. "I'm not going to tell you . . . but that's because it would give so much away," said Rowling.

The author really knows how to magically get out of a question!

But the idea has come up again in a Reddit post started by andante528. The user has said there is good evidence that Snape's Boggart is something truly horrifying to the potions professor. So much so, that Snape leaves Lupin's classroom before the students begin practicing their "Ridikulous" spells. As the students enter the room, Snape gets up from his chair, knowing there is a Boggart just behind a closed door. Before Lupin closes the passage to the staff room, Snape makes way to leave, saying, "Leave it open, Lupin. I'd rather not witness this."

As andante528 points out, not only does Snape not want to waste his time with the students, he does not want to risk them seeing his Boggart. The Reddit thread agrees Snape's Boggart may revolve around the person who mattered most to him: Lily Potter. Snape's unrequited love for Lily lead to his greatest fear coming true, a fact that wasn't revealed until The Deathly Hallows. Harry Potter's presence is a constant reminder that he didn't do enough to protect her.

Other users in the thread believe one of two possibilities: Snape's Boggart could resemble Dumbledore revealing Snape's secret (again, his love for Lily), or worse, the Boggart could transform into Lily Potter's dead body, but only if Boggarts can resemble fears from the past coming true.

About Afternoons with Ryan